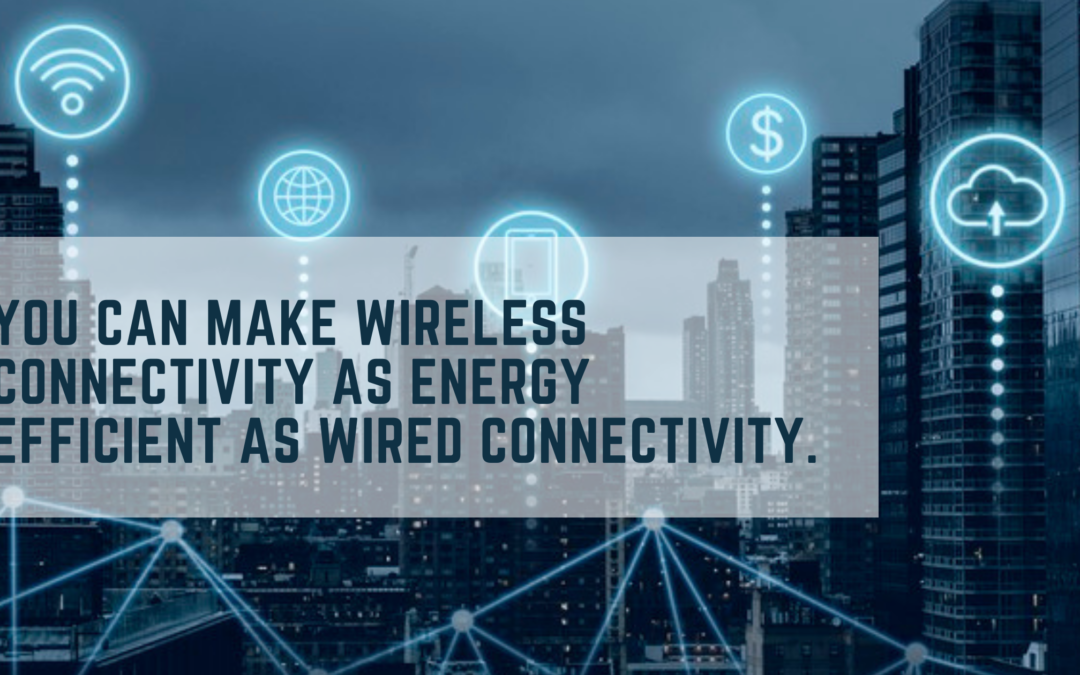 WiFi is incredibly useful to small businesses. The owners of small enterprises are by no means strangers to this passe. I have my own share of contribution in convincing them as I’ve scribbled down plenty of articles explaining the benefits of WiFi for a small-scale enterprise.

I’ve jotted down scores of compelling points in favor of my explanation, except one – energy consumption. Here’s a fast fact for everyone, who is either technically naive or apprehensive about the usefulness of WiFi;

Okay, fine. Allow me to put across my point.

A big advantage of a wired connection is the transfer medium, i.e. wire. It prevents power loss. You can select copper wire, and minimize the consumption of power. Some also argue that the wired link consumes less power compared with a wireless link because WiFi signals, especially the ones, which span over a large range often get lost in space.

All these are undeniably true; I am not refuting any of these. But an ethernet connection does have vulnerabilities in terms of energy efficiency, which are difficult to notice. I’ve picked two such vulnerabilities, which I believe would be relevant to our discussion.

Everyone, who is using an ethernet connection needs to know this. The transceiver or the integrated PHY makes your connection stay active, even when it’s not being used. The structure of the transceiver is designed in accordance with the IEEE 802.3 standard. The aim of this protocol is to keep the connection active, which results in power drain.

You can grab yourself a better device, which accounts for low power outflow. But the main problem with this is you’d have to manage it manually by shutting it off when you don’t need it.

Sounds great, but the only catch is that it’s possible in a transmit-only scenario. But all enterprises, be it big or small, require web connectivity, for which they need the connection to be active all through the office hours.

When you are using Ethernet, the current that operates in the circuitry is quiescent current and it originates in the transmit driver. The driver offloads the stock current and the output driver makes way for the release through two termination resistors, which jointly account for 66 milliampere of power.

When it comes to WLAN drivers, the structure is different. Open source WLAN drivers support a range of operation modes including ad-hoc, virtual access point (VAP), virtual interface and monitor, etc. The most important feature is the program that operates in the virtual hardware-driver interface.

Such programs are more advanced than firmware because they are capable of adding APIs to the driver, and even restricting the power usage.

After pointing out the susceptibilities of an ethernet connection in terms of power drain, I’d now like to discuss how you can use a wireless connection intelligently so it doesn’t consume power unnecessarily.

Is your router compatible with the 802.11h standard? I am sure it is because the standard was introduced a long time ago. Two key features of this standard are dynamic frequency selection (DFS) and transmit power control (TPC). These two features allow for efficient consumption of power.

Dynamic frequency selection: It lowers the interference, which is a major reason for additional power drain. The DFS technology monitors the entire spectrum and stays all ears for radar signals. After detecting a channel, associated with a radar signal, it declares the channel invalid.

Transmit power control: This feature allows for the power levels of an access point and a WLAN client to be at peace with each other. A conversation between the AP and the client takes place, in which the client learns about the range of the transmit power that the AP can provide. This can make sure the power consumption is always under the cap. That’s because the WLAN client adjusts the power level within the stipulated range and no power wastes.

To avail these features, all you need to do is check whether your router is compatible with the 802.11h standard. That’s all.

In 2013, a device arrived in the market, which prevents the energy loss by capturing the lost WiFi signals. The ceilings of the room, in which the AP and client devices are operating, are coated with a material, so no energy escapes from the room. The device has energy conductors, made of copper and fiberglass. The conductors are wired to each other on a circuit board, so microwaves collected are transformed into 7.3 volts of electricity.

There are many similar devices in the market and investing in them translates to better energy-harvesting while operating with a stable wireless connection. Hence, if you run a small business, it’d be prudent for you to purchase such a device.

As you can see, there are more than one way for you to reduce the gap between wired and wireless connection in terms of energy-efficiency. You may also choose to use a wireless signal boosting technology to give a serious boost to your connection.