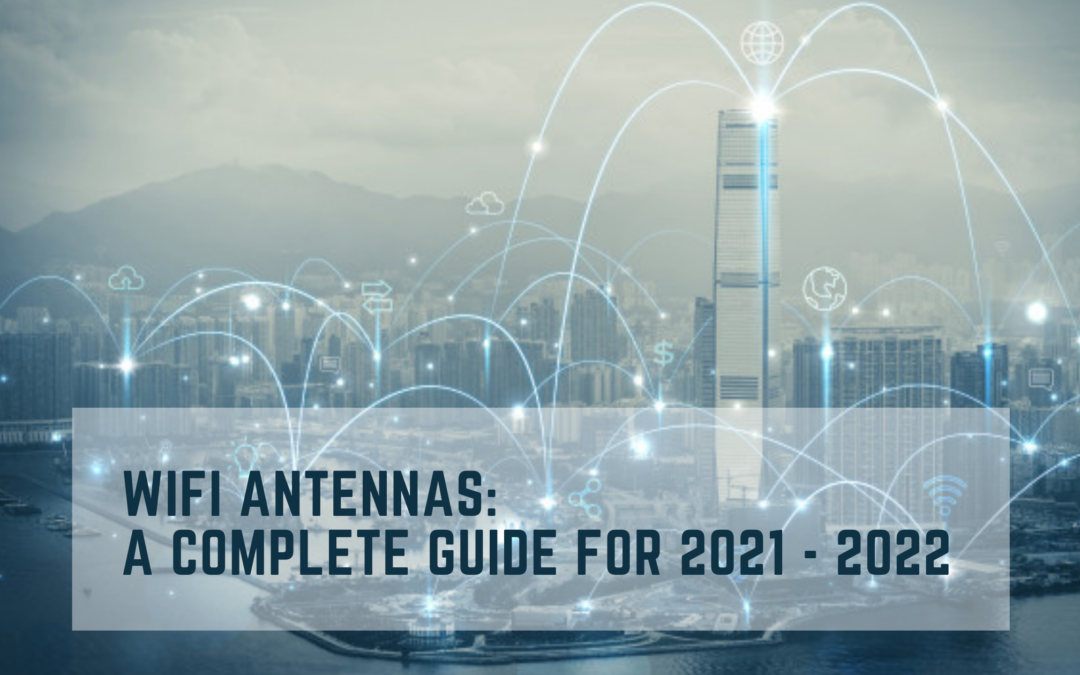 So, you want to get a Wifi Connection, but my friend, are you confused about it? Having no clue what the WiFi antenna is all about and should you or should you not go for it? Freit, not my friend. We have got your back. To things more accessible and convenient for you, we have provided a complete guide.

What is WiFi Antenna, after all?

Well, WiFi Antennas are important for WLAN or the wireless local area networks. This kind of antenna facilitates the wireless signal and boosts the network range—for example, your downloading capacity on the internet increases.

Once you get a WiFi antenna, not only will your WFH become easy, but also you can stream movies at home, browse the web for as long as you want, play video games, host live streams, and live the digital world. The WiFi Antenna is also crucial in strengthening the signal strength and range.

But my friend, if you are looking to replace or improve your signal strength or create long-range wireless antenna networks, then the most important thing for you would be to choose the right kind of WiFi antenna.

So how exactly does the WiFi antennas work?

The WiFi antennas use radio waves for transmitting the signals. To make things easier for you, the antenna you would be using will communicate with electromagnetic waves or EM waves.

The WiFi antennas you will install or probably have will thus convert the EM waves into electrical signals and vice versa.

The laptops, smartphones, tablets, routers, hotspots, and everything that works with the aid of the internet works in this mechanism. The devices transmit and receive antennas that pick up the EM waves laced with all sorts of information and convert them into electrical signals. The mechanism works vice-versa, and thus my friend, you get all kinds of information at the tips of your fingers.

I got you! Now you have the question about the types of WiFi antennas, right! Be patient and read along.

What are the different kinds of WiFi Antennas?

Well, there are mainly two kinds of WiFi antennas- omni directional and directional.

This kind of wireless antenna radiates signals at a 360-degree angle to give out the most comprehensive signal coverage. This kind of antenna is an un-shaped incandescent lightbulb. Thus, much like the light-bulb, when you light one, it illuminates the entire room. Similarly, the WiFi antenna provides the most comprehensive signal coverage possible. However, the omnidirectional antennas have a shorter range than a directional antenna, but they have a wider coverage area. They are thus, often found both indoors and outdoors.

As the name suggests, the directional antennas focus all their might towards a particular direction only. It works much similar to a flashlight.

When you turn on the flashlight, the light travels only in a specific direction, right? Similarly, the antenna’s power is more focused; they can effectively send and receive wireless signals from a further distance.

To make things easier, the list of the different kinds of directional antennas have been provided below –

Now, to answer the most important questions-

Which Antenna should you go for?

See, the WiFi antennas may serve the same purpose, but the requirement for everyone is not the same. Different users will have different requirements. For example –

Thus, depending upon your requirement and usage capacity, my friends, you can now easily choose the right kind of WiFi antenna connection.