The Present Society and Free WiFi 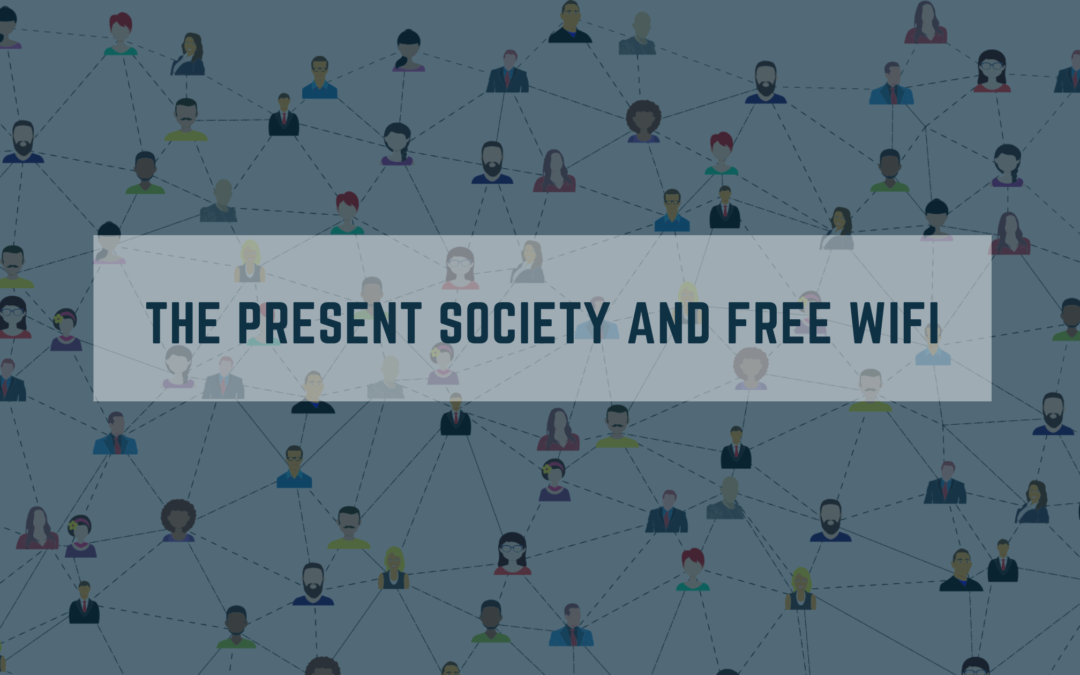 The world before the onset of the internet was slow. The connection between people and places used to take several days to be together. No one can see the face of others staying in another location. The medical emergency doesn’t ably take care of the need of the minute as there is communication gap due to the absence of internet.

Then, arrives the mighty internet. Once the globe got the exquisite taste of it, there is no slowing down and looking back. More people are coming online, and the demand for the easy accessibility and the improvised services have increased manifold. Even, the present world has crowned the television as the second favorite giving the internet access the first position.

21st century generation can be unmistakably called as the “WiFi” generation. The government and the private organizations like the corporate houses, universities, and hospitals have made the availability of WiFi free for the ordinary people so that they can make use of the internet for their every need beyond the barrier of time and place.

The universal homogenization of WiFI has played a crucial role in democratizing the cyberspace that led millions to get online.

The technology of WiFi has continued to progress with the steady growth of the society. The latest update of BBC flashes that the police can now ply the mobile gadgets for on-the-spot tracking of the mug shots and the crimes. They can also take a glance at the sensor networks qualified to pick up the perpetrator’s locations. The enforcement of the law has started using the microcomputers, aerial drones, biometric technologies, etc. to identify the lawbreakers and handle the wrongdoings.

Crime reduction and the refinement of the emergency services are the results of the providence of free WiFi. The police are taking advantage of the social media for engaging and informing the public on several issues. The exchange of information between public and police is also taking place due to it.

The funniest part is many people are staying away from the internet package to be loaded in their smartphones spending extra money due to the handiness of WiFi that provides them the same facility without any monetary charge.

The significant improvement comes in the healthcare sectors due to the occupancy of WiFi, mainly through the conduct of local services and several means to find the right equipments to attend the patients and provide them the accurate treatments on time. As per the WiFi Alliance, the variety of applications depends on the WiFi regarding healthcare which includes oxygen monitoring devices, infusion pumps, smart beds, electronic medical records, X-rays, MRI scans and much more. The current advancement of WiFi has led to the delivery of telepresence from the top-notch healthcare organizations to the underserved and remote zones.

The hospitals and the medical clinics are using the WiFi facility for receiving the visitors’ information like email addresses, phone numbers, etc. The present system has enabled the staffs to prompt the visitors for feedbacks on the services and even send out valid information. Moreover, the healthcare establishments can monitor the workers’ positions and the usage of the resources present in the hospital premises for the perked up efficiency with the help of real-time location services.

WiFi has connected the smart cities. The citizens are thoroughly awarded the intelligent digital technologies that generate a massive amount of data. The city officials are taking advantage of the WiFi to brush up multifarious industries within the cities involving transport, retail, airports, advertising, construction, etc.

Residents can use the internet from any corner during any emergency and searching for a definite spot. And if there’s a dead zone, the simple use of an additional wireless antenna can solve the problem in a jiffy.

The world has been positively changed by WiFi. The power of telecommunications has triggered a mega breakthrough in both the personal and professional lives of the humans. Power comes with knowledge and internet is the substantial source of knowledge.

WiFi has let the internet enter into everyone’s home opening the door of enlightenment. Most importantly, it has removed the differences between the caste, creed, culture, color, age, and sexes as WiFi doesn’t understand any prejudice and is free to all. There is no inherent restriction of people of any individuality.

But, is there any threat?

Though it has certain negative aspects as the minors can have access to the adult websites and learn some things that are never meant for their learning, yet, the providence of password and security keys can save the positivity.

Again, unauthorized users can get the opportunity to enter the network and perform unethical and illegal activities like identity theft, fraudgery, cyberbullying, etc. The WiFi network owners are in great danger due to the hackers. In the areas of large-scale WiFi hubs, the hackers may get into the network to achieve the data mine from everybody’s computers linked via WiFi.

The potential expansion of WiFi has taken place in the last decade. It is intimately connected to the ethical, legal, social, and security aspects of life. Laws have been introduced to secure the rights of WiFi users.

Some restrictions have been initiated like the opening of pornographies to the minors via free WiFi and unauthorized application of the open network of WiFi.  Open and free networks led the way to the easy access by the hackers. They mine the personal information to invade people’s life and their bank accounts. Passwords have been generated for the security reasons.

The WiFi technology has revolutionized the way as people can connect with each other through online and the result has got the different parts of the world under a single umbrella and generates colossal revenue advancing the researches.