Is Your Home Wireless Network Safe? 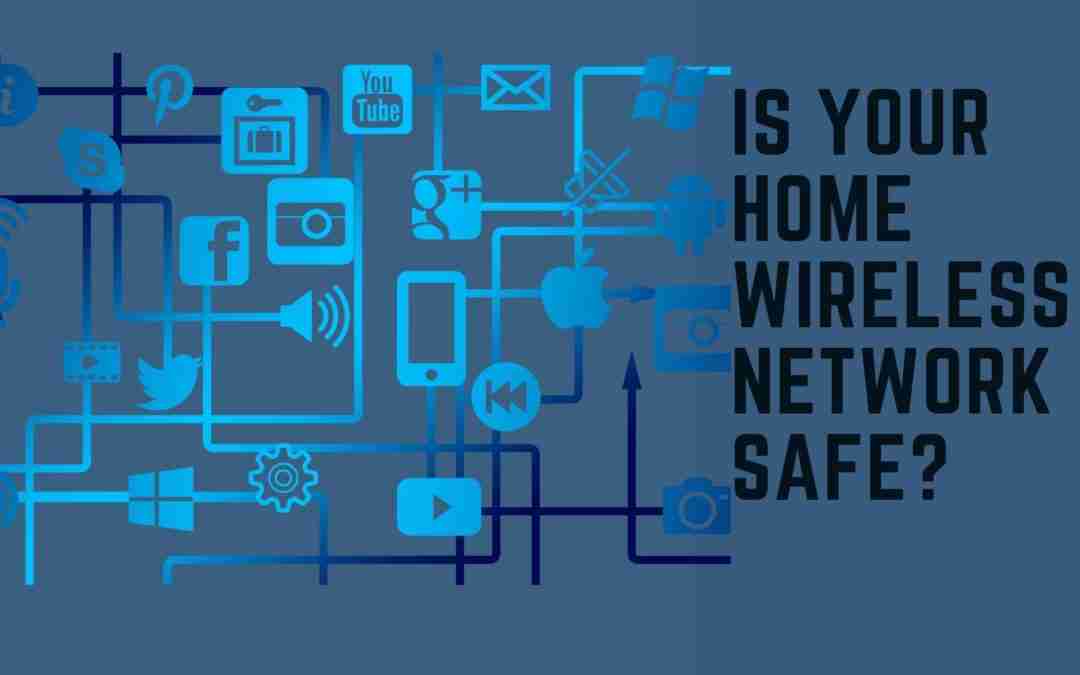 “Wi-Fi” is the “Hi-Fi” sensation of the 21st century. From park to home, school to hospital, shopping mall to retail shop, the wings of Wi-Fi are spread wide. But, apart from the favourable outcomes, certain disadvantages also lay an impact on the usage of Wi-Fi.

Being proactive in ensuring we have the best security for our Home Network will help prevent future network threats and exposure to vulnerabilities, virus/malware attacks and hacking.

In 2014, we got to know that around 20 of Amazon’s highest selling routers for home office and business use had security flaws. Again, another report revealed that D-Link had sold a consumer router that has around ten vulnerabilities.

Then, there is news of a malware that took charge of approximately 100,000 ZyXEL routers that were exposed. The reason was botnet building.

A router links the devices in the home and offers access to the modem. It communicates with the broader web. If the router is fine, it can juggle data at a faster speed and can work taking many devices under its domain simultaneously.

If a more powerful connection is required, one can use wireless antenna to give a significant boost to its signal.

Modern Wi-Fi routers support network encryption through which the device monitors all information sent and received over the Internet. Out of the many types of encodings available, the safest two services are WPA (Wi-Fi Protected Access) and WPA2. WEP (Wired Equivalent Privacy), on the other hand, is out-of-date and more vulnerable and should not be used any more.

Remember to change your default router password upon the first installation – the default passwords are readily available with hackers, and if unchanged, your router is at risk of providing access to your router settings and security keys to the bad guys.

SSID (Service Set Identifier) is basically the name of your router’s network. Most of the router manufacturers use their brand name as the default name of their routers. The danger in this is of a hacker who knows your router brand and can quickly attack it. The default setting of most Wi-Fi routers is for Open, and not Home Networks, and it broadcasts its SSID to everyone. This setting comes with increased vulnerabilities to hacking. However, your router should have a configuration allowing you to turn off its SSID broadcast.

Routers have their own firewall security, but this default setting can be changed. You should ensure that your router’s firewall is turned on. To enhance your network security, have all your computers use their separate firewalls and antivirus programs.

Every computer and mobile device is recognised by a unique ID, called a MAC address. This helps your Wi-Fi router to identify the devices connected to your network. Most Wi-Fi routers let the administrators set the MAC address of the devices they want to connect to your home network, disallowing unlisted devices from joining. This is called MAC Address Filtering.

Modern routers also allow administrators to establish remote connections. If not frequently used, disabling this feature will enhance your network security. You would still be able to change your router settings by connecting your computer to the router with a network cable.

Close guests often use your home Wi-Fi during their visits. Most probably, your Network doesn’t contain an encryption password. You must turn off the guest network. Your guest is using your home’s Wi-Fi indicates that he/she has got the secret password too. It’s better if you change it after the use.

WPS or Wi-Fi Protected Setup let the device pair with the router even during the encryption’s deviation. The danger is if anyone is within reach of your router, he/she can pair their gadget with it immediately. Your network may remain open to others if the router is not locked securely and you may not know it.

The hackers try to find security flaws in the routers so that they can enter your PC and exploit. The router makers issue new software known as firmware to address the problem. Check every month whether you require an update. The added benefit is that the new firmware brings new features for the router too.

If you are a pro technical person, you can upgrade to DD-WRT, Tomato, OpenWRT, etc. that are custom third-party firmware. These programs have the habit of erasing the manufacturer’s firmware completely. The good thing is they provide new features and better speed. You need excellent networking knowledge for doing the needful. Take help of a professional.

The IP addresses are assigned to the DHCP or Dynamic Host Control Protocol server that is present in your router. Limit the DCHP range so that it can’t permit more than a specific number of devices.

You may be lucky to get a Wi-Fi signal that reaches your outdoors too. But, your neighbours can steal and access your network. It’s better if you turn down the Transmit Power Control at least to 75% so that others find it hard to peek into your home Wi-Fi network.

The suggestions as mentioned above are for you to keep the hackers at bay. But, always call a reputed expert who can check your Wi-Fi network and its activities. If any unwanted person is peeking into your private accounts, the efficient executive can get the notion and take action against it. Plus, your PC will remain malware free and work smoothly without any unexpected interruption.