How to get rid of the slow WiFi in the apartment? Can A Wireless Antenna help? 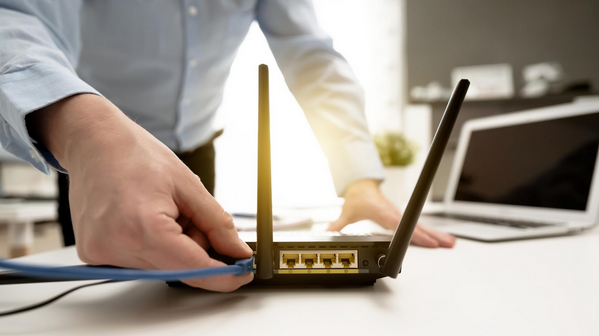 WiFi has made our life easier by distributing uninterrupted internet to the entire house without the hassle of wires. With proper precautions in place, we can also keep our internet connection safe and locked from outside threats. Let us take a look at how WiFi operates.

It is piloted in the radio frequency customarily ranging between 2.4 GHz to 5 GHz. The amateurs generally think that both 2.4 GHz and 5 GHz are okay and all the internet traffic or the data is going out in that traffic way.

The problem is usually high in the densely populated zone as every person is making use of the same 2.4 GHz and seldom 5 GHz. So, congestion occurs at the highway. The similar scene is seen on a road where traffic jam is being happened as all the vehicles are plying on the same lane.

A specific option is situated in every WiFi which is known as “Chanel ranging 1-11”. It is set in the automatic status by default. In most of the times, it’s operating channel ranges between 7-11. Everyone is working on it and creating gridlock resulting in slow speed on the WiFi empowered device.

Firstly, utilize the ‘channel analyzer app’ on your phone and computer for locating the available WiFi in your area. Several free tools are present on the internet for diagnosing your WiFi’s performance.

Secondly, whenever you can identify WiFi, check the frequency.

Thirdly, observe the channel on the graph.

Fourthly, also check the frequency and the channel that is not used by other WiFi in the location.

Fifthly, set up the router on the minimum congested channel. If you have the choice in your router, set up 5 GHz frequency. If the frequency is not supported by the router, you can play the channel. 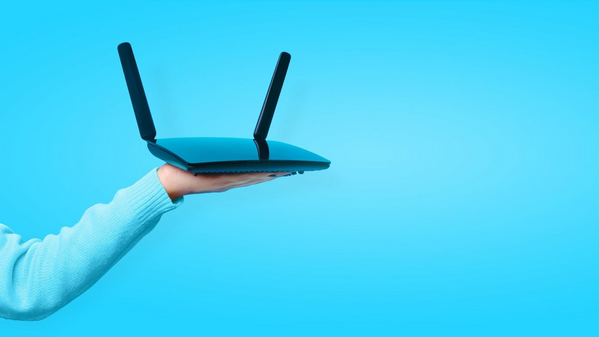 If you want ultimate speed for your home network, you need the router to be placed in the middle of the house for congestion-free action. But, the style seekers won’t like to put the black, big, antennae flaunting router in the center as it can hamper the home’s décor.

Few manufacturers have taken the problem seriously and are creating good-looking routers that are powerful too. The homeowners are now placing the stylish router at a point where everyone can see it. Google’s OnHub Routers are the solid examples whose 360° antennae efficiently send the WiFi speed equally to every direction.

Plus, you will receive an app that will do the speed test and provide you with real-time suggestions regarding the optimization of the router if it slows down.

The ideal spot to place a router is a flat up a high central surface. Don’t put bulky furniture, aquarium, etc. in between the router and you as the things can block the WiFi signal.

You have to be extra careful about the metal objects as they bounce the signal all over the place.

Yes and YES. You neighbors sniffing on your WiFi slows down the action. It also makes the WiFi connected devices vulnerable to attacks. Put a strong password. Change the default password.

Yes, you must. Plug your laptop and computer into the wall and see the magic. The photos and other updates will happen in a jiffy. Plug the devices into an ethernet cable.

You will notice that your outer comes with an antenna that it uses to broadcast WiFi throughout your home. Installing better wireless antennas can automatically boost your signal.

Note: Always check the compatibility of your router before opting for a WiFi antenna. 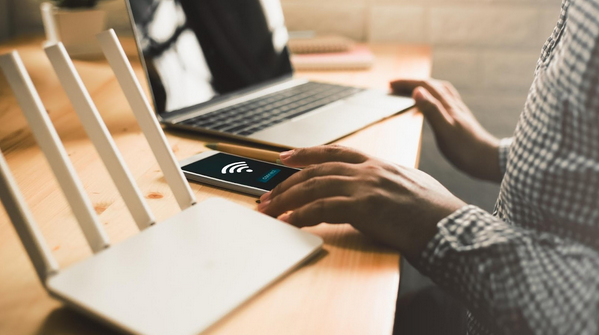 If you are running applications like Dropbox, Google Drive and Onedrive for uploading and downloading files, or you are watching Netflix, the WiFi is likely to slow down. Stop running the apps and streaming the video. Your WiFi will automatically become faster. Use extensions such as Adblock Plus for preventing the ads coming in and using the internet.

These are the ways you can try to apply to fix the WiFi slowing issue in your apartment.

Bonus tip: Always set up a separate guest network in your home. That is because it is the safest way of giving your guests access to your internet connection  without compromising the security of your primary network.